ENERGY bills should be capped at 2021 prices by government interventions and low and middle income families should receive cash payments to help them get through the winter, Sinn Fein believes.

The Irish Sun is today leaking exclusive details of Sinn Fein’s proposals to tackle the energy crisis, which will be presented at the Dail next week.

The main opposition party is calling for a series of measures to be put in place in the 2023 budget to help families deal with the cost of living crisis.

Sinn Fein is calling on the government to intervene with the energy sector and reverse prices to 2021 levels and cap them at those prices.

The party is also calling for cash payments for low- and middle-income families and a double payment of child benefits for all children.

To help pay for these measures, Mary Lou McDonald’s party believes a windfall tax should be introduced on energy companies that make excess profits during the crisis. 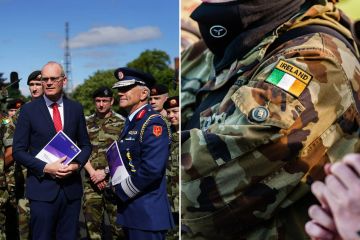 In their first act of the new legislature, Sinn Fein plan to table a private member’s motion in the Dail on Wednesday which will set out its proposals to ease the energy crisis on households.

The motion also denounces the government’s ‘constant dithering’ over cost-of-living measures, with households ending up with electricity bills €1,000 higher than last year.

Speaking exclusively to the Irish Sun ahead of the motion, Sinn Fein Finance spokesman Pearse Doherty said: ‘The government has refused Sinn Féin’s calls for an emergency budget before the summer and is dragging feet to act to help people in difficulty.

“People can’t wait; they need help and they need it now.

Most read in The Irish Sun

“Sinn Fein will be using our time at the Dail next week to present our plan to urgently cut energy costs. The Government must support our plan and ensure that workers and families are given a well-deserved break from these costs.

“Our plan would reduce electricity bills to the prices they were in 2021 before the cost of living crisis.

“This would significantly reduce bills and ensure they remain affordable for workers and families on ordinary incomes.

“Our plan also highlights the need for a windfall tax, so that companies making obscene profits from this crisis are forced to put some of it back into the pockets of families.

“It’s about fairness and making sure ordinary people don’t pay the price for this crisis.

“The Sinn Fein plan would provide other key supports including the introduction of cash payments to help low and middle income households pay their other energy bills.

Our plan includes the payment of a double child allowance for each child, taking into account that households with children tend to spend more on energy bills.

“These are all important steps that could be introduced quickly to make a real difference to beleaguered workers and families who worry about how they will pay their bills. People need reassurance now that they will be able to pay their bills.

“I call on all TDs to support Sinn Fein’s proposals to cut energy costs when we bring them to the Dail next week.”